Answer our survey to run the chance to win $300!

How to use Castor Oil for Hair Growth: 6 Beneficial Ways To Lengthen Your Tresses

The very oil that our grandparents would use religiously back in the day is becoming popular again as a hair growth miracle.Castor oil's anti-inflammatory and antibacterial properties makes it an attractive option for those desiring healthy, long tresses. In fact, a study completed by Waki et al. also hints that castor oil can increase hair luster and decrease breakage. In this article, you will learn the various ways that castor oil is used to promote hair growth. If you’ve been suffering from hair loss, dry scalp, split ends and more, then this article is for you.We’ll explain why this ancient beauty treatment will never go out of style and how implementing this into your hair routine will give you locks you’ll love!

What is Castor Oil?

Lastly, this vegetable oil contains vitamin E, which is well-known for being extremely beneficial to skin and hair growth. 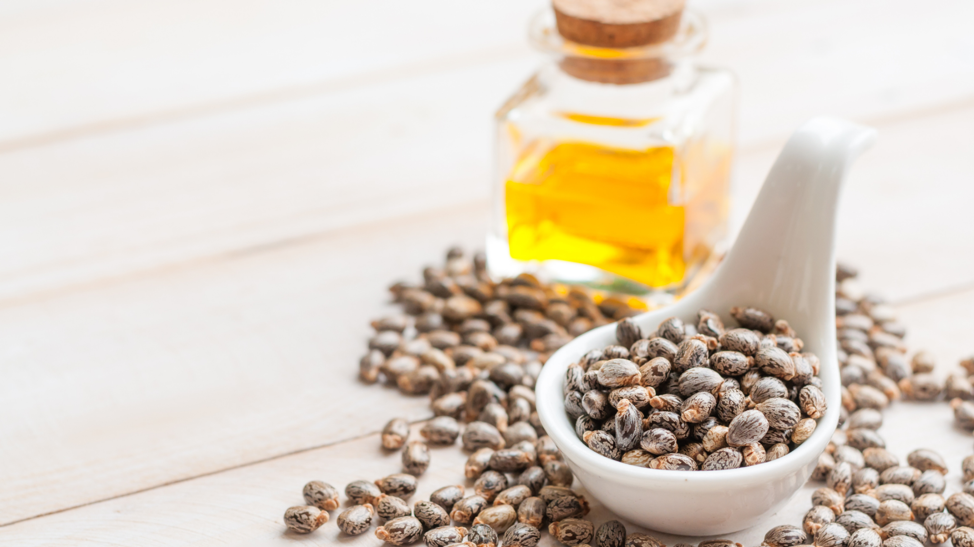 History of Castor Oil Use

While it's easy for many to remember taking castor oil under the instructions of their grandparents, its use actually dates back thousands of years. According to Encyclopedia.com, castor beans have been found in Egyptian tombs dating back to 4000 BC. Based on an Egyptian medical text from 1500 BC, castor oil was used by doctors to protect the eyes from irritation. 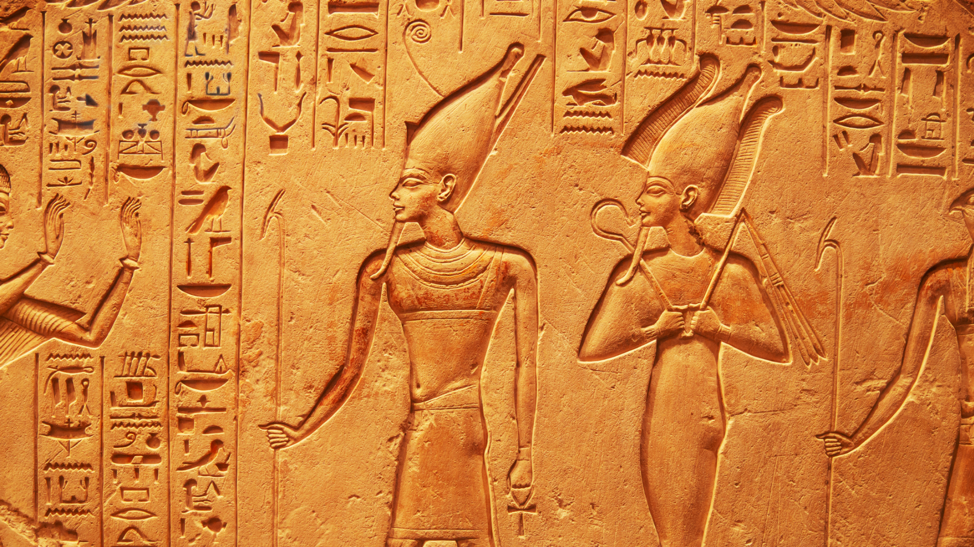 Castor oil expanded to the United States and became heavily used by traveling medicine men. Physicians used it to treat their patients suffering from heartburn and constipation. Today, it is still heavily used as a laxative.

It's unknown when people began actually using castor oil for hair use, but what is known is its increased popularity. For example, castor oil was used in 769 cosmetic products during a time of analysis in 2002! It is often used in lipstick and can be found under the name Ricinus communis (castor) seed oil on ingredient labels.

Benefits of Castor Oil For Hair

There is more to hair growth than simply increasing the rate that your hair grows. One must also pay close attention to the health of the scalp, unnecessary breakage, and the strength of your hair.We're going to cover 6 ways that castor oil is beneficial to your hair.

‍Improves Follicle Health
‍As previously mentioned, the ricinoleic acid is a very important component of castor oil and contributes to creating healthy hair. This rare compound can improve the blood circulation to your scalp, which reduces hair fall-out. This nourishment to the scalp essentially strengthens the roots of your hair. Castor oil also provides protection from microbes due its antibacterial properties.

‍Gets Rid of Dandruff
‍If you're ready to get rid of those small pieces of dead skin in your scalp, then castor oil is a great solution.Contrary to popular belief, dandruff has nothing to do with hygiene and everything to do with the body's response to yeast. So, if you've been washing your hair triple time and haven't seen any improvement, then that's why. Castor oil helps to balance the pH level of the scalp, which makes it difficult for dandruff to occur. The omega-6 fatty acids and vitamin E moisturizes the scalp and reduces that annoying itchiness. The omega-9 fatty acids also moisturizes the scalp by acting as a humectant, additionally helping to stave off  dryness.

‍A Reliable Hair Protector
‍If you're in the sun often, using dyes, and use a ton of hair products, then castor oil should be a part of your routine.The omega-9s and omega-6s in castor oil provides a protective layer to the hair that protects it from harsh chemicals. It also restores the natural oils found in your scalp that naturally provides protection from the sun and hair products.

‍Stops Those Pesky Split Ends
‍Split ends is a sign of unhealthy hair and could be a reason why your tresses are growing, but not retaining length. Stop split ends and hair breakage by massaging castor oil into your scalp a few hours before you wash your hair. The fatty acids and vitamin E will assist in smoothing out those harsh hair cuticles and increases the overall strength of your hair. Castor oil also fills in the damaged gaps of keratin in the hair shaft. As a natural conditioner, castor oil will give individuals a tamed mane, frizz-free hair, and fewer split ends.

Castor oil expanded to the United States and became heavily used by traveling medicine men. Physicians used it to treat their patients suffering from heartburn and constipation. Today, it is still heavily used as a laxative.

It's unknown when people began actually using castor oil for hair use, but what is known is its increased popularity. For example, castor oil was used in 769cosmetic products during a time of analysis in 2002! It is often used in lipstick and can be found under the name Ricinus communis (castor) seed oil on ingredient labels. 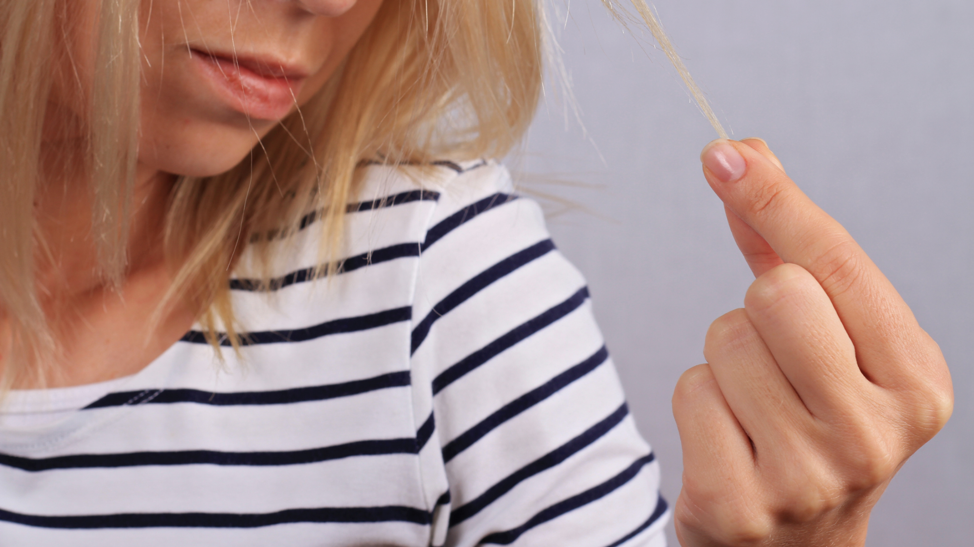 ‍Shiny, Luxurious Hair
‍If your hair looks dull and could benefit from a little luster, then castor oil is a great choice. As previously mentioned, a study showed that using castor oil in hair promotes luster and reduces hair stiffness. The elements in castor oil imitate the function of modified silicone oils to maintain luster.

The Different Types of Castor Oil For Hair Growth

There are actually several different types of castor oil, but some are better for the hair than others. We'll explore two popular types below.

Making Castor Oil A Part Of Your Hair Growth Routine

Now that you know the many different benefits that castor oil offers and the types of castor oil most beneficial for hair, it's time to consider how it can become a part of your hair growth routine.

‍For Hair Loss
‍If you're trying to regrow your hair after suffering from hair loss, try using ginger juice and castor oil 2-3times per week. All you have to do is add castor oil to a bowl and mix 1-2tablespoons of ginger juice. Mix the ingredients and apply to the scalp, then add it to your hair. Allow the mixture to stay in your hair for approximately25 minutes and then wash it off with an herbal shampoo.

‍For Issues With Dandruff
‍For those dealing with dandruff, consider using a mixture of castor oil, tea tree oil, and aloe vera gel.You'll want to add a generous amount of castor oil to a bowl, followed by 2tablespoons of aloe vera gel and 2 drops of tea tree oil. Add the mixture to the scalp and allow it to sit for 40 minutes. Wash your hair with an herbal shampoo after allowing it to sit.

‍Key Takeaways
‍To get the most out of castor oil, try using it with different oils, such as almond oil, jojoba oil, olive oil, coconut oil, and sesame oil. Between washing your hair, add and massage castor oil to your scalp to increase blood circulation and promote hair growth. If you're looking to grow your hair long and healthy, then don't leave castor oil out of your hair growth routine. It's a safe and natural option that has been used for centuries!  If you would like to discover products that contain castor oil or simply check the safety profile of products you already own, Midori offers a free browser extension that will give you useful information as you shop online.